The Home Depot has changed the way it displays rope for sale after nooses made from spooled rope were discovered in several of its stores, most recently last month in North Carolina.

The home improvement giant has removed giant spools of rope from every one of its US locations and has switched to selling pre-cut rope in lengths that are most commonly sold, Home Depot spokesperson Margaret Smith told DailyMail.com

‘Unfortunately, we’ve had some instances where spooled rope was used to create hate symbols and we’re not going to tolerate it,’ Smith said in a statement. ‘Out of an abundance of caution, we temporarily removed spooled rope from our aisles.’ 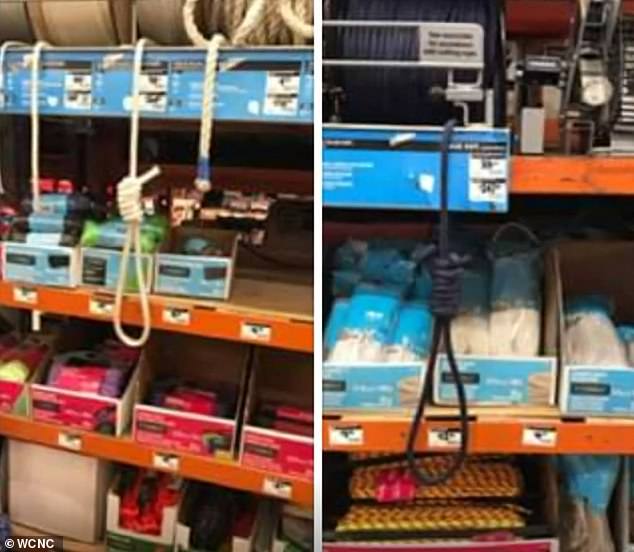 Home Depot has changed the way it displays rope for sale after a woman found these two nooses in a Charlotte, North Carolina, store in early June 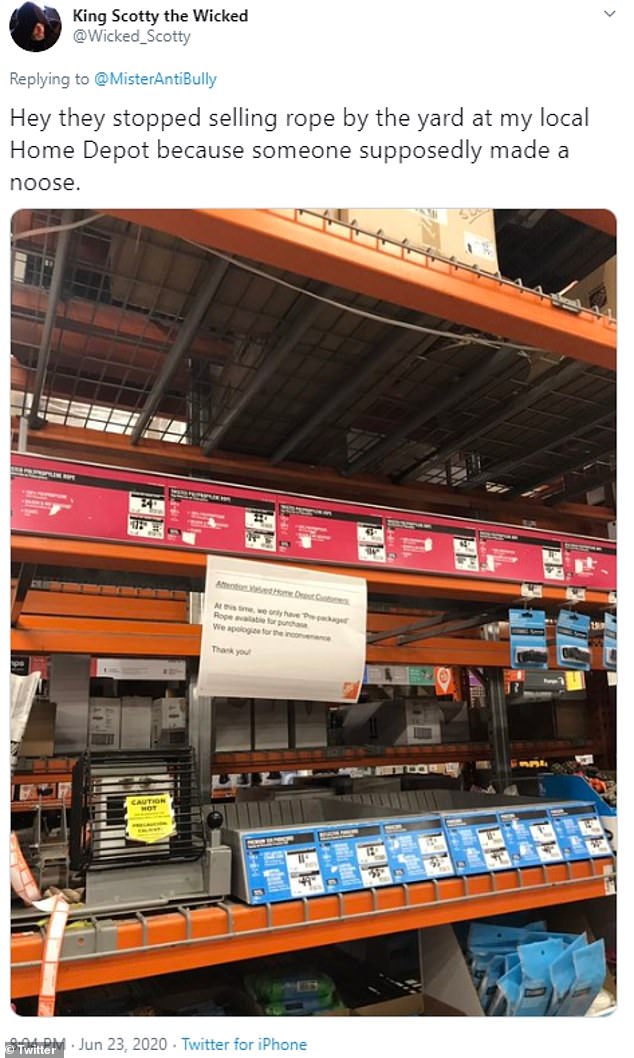 Smith noted that if customers are unable find pre-cut rope in the length their specific project calls for, they can always ask an employee to cut the required length for them.

The move comes a month after a woman shopping at a Home Depot in Charlotte, North Carolina, said she came across a pair of nooses that were fashioned from spooled rope.

‘I was shocked,’ Hattie Leonard told WCNC of her disturbing discovery on June 7. ‘It’s just one of those things you don’t expect to see.’

The store chain released a statement at the time addressing the incident in Charlotte.

‘The Home Depot does not tolerate racism or discrimination, period,’ it read in part. ‘We’re appalled and disturbed by this incident.’

And back in 2016, a worker at a Pittsburgh-area Home Depot filed a complaint after coming upon a noose inside the business.

Smith told DailyMail.com on Friday that so far, she has not personally heard of any customers complaining about the removal of rope spools from store aisles.

A hangman’s noose has long been a symbol of racism and hatred directed at African-Americans. 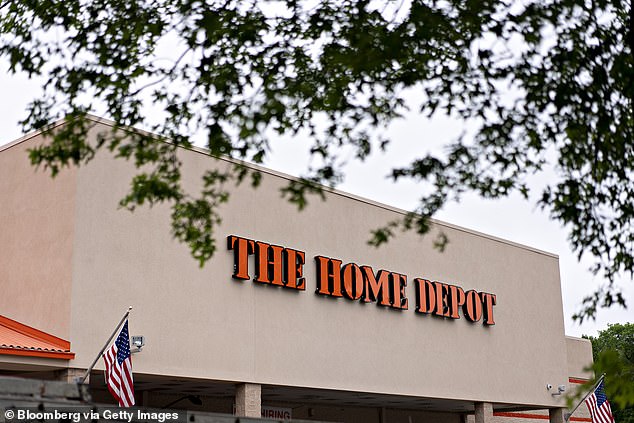 Since 2016, there have been multiple incidents where nooses were found at Home Depot stores, including in Delaware and Pennsylvania

‘Its origins are connected to the history of lynching in America, particularly in the South after the Civil War, when violence or threat of violence replaced slavery as one of the main forms of social control that whites used on African-Americans,’ according to the Anti-Defamation League.

Home Depot’s decision comes amid ongoing protests across the US against systemic racism and police brutality, which were sparked by the killing of George Floyd, a Black man, by a white Minneapolis police officer.

Home Depot CEO Craig Meaner released a statement last month expressing support for the protesters and the African-American community at large, and pledging $1million to the Lawyers Committee for Civil Rights Under Law.

‘We must stand with all who are committed to change that will bring us closer to realizing an end to discrimination and hatred,’ he stated.

We will be happy to hear your thoughts